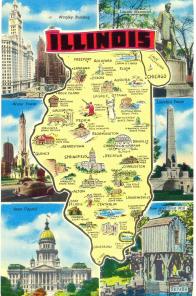 The history of devotionalism in Helsingland from 1825 to 1842 revolves around the person of one man. Jonas Olson was born December 18, 1802, in Soderala Parish, in the province of Helsingland. The environments of his boyhood were not of a character to encourage the development of a religious disposition. His father, Olof Olson, a coarse and illiterate peasant, was an habitual drunkard, who when in his cups was in the habit of brutally maltreating wife and children. ”Nor was his mother a Monica to lead him to Christ, although she loved her son after a fashion, and encouraged him in his endeavors to obtain an education. For Jonas was a bright lad, and was not satisfied with knowing how to read the hymn-book and the catechism, but aspired to learning how to write and cipher, uncommon accomplishments among the peasantry at that time. It was in these unlawful aspirations that his mother encouraged her son, by procuring the necessary writing materials, which as soon as they were discovered by the angry father were ruthlessly destroyed, with the remark that such things were not intended for peasants’ sons. At the age of fifteen, when he had been confirmed in the faith of the Established Lutheran Church, Jonas was compelled to shift for himself. For five years he served an uncle on the father’s side as a farm-laborer. It was here, among the peasant-fishermen on the banks of the river Ljusne, near the Gulf of Bothnia, that he learned the art of preparing salmon for the market in Stockholm. For 12 The Bishop Hill Colony. [12 two years he served an elder sister, and then, at the age of twenty-two, returned home to take charge of his father’s estate, for the eldest son—there were three sons and two daughters—had, like his father, become incapacitated for work by strong drink. He found everything in a deplorable condition, but with the vigor of youth he set to work to repair the buildings and reclaim the waste land. In the summer-time, while employing common laborers to attend to the work in the fields, he himself bought large quantities of salmon, which he cured and disposed of to good advantage on the market in Stockholm ; so that ere many years had passed it was rumored that Jonas Olson was one of the most prosperous men in the parish. The year 1825 was the epochmaking period of his life… (ur  Michael A. Mikkelsen: The Bishop Hill Colony. A religious communistic settlement in Henry County, Illinois. Johhn Hopkins University, Studies in Historical and Political Science.